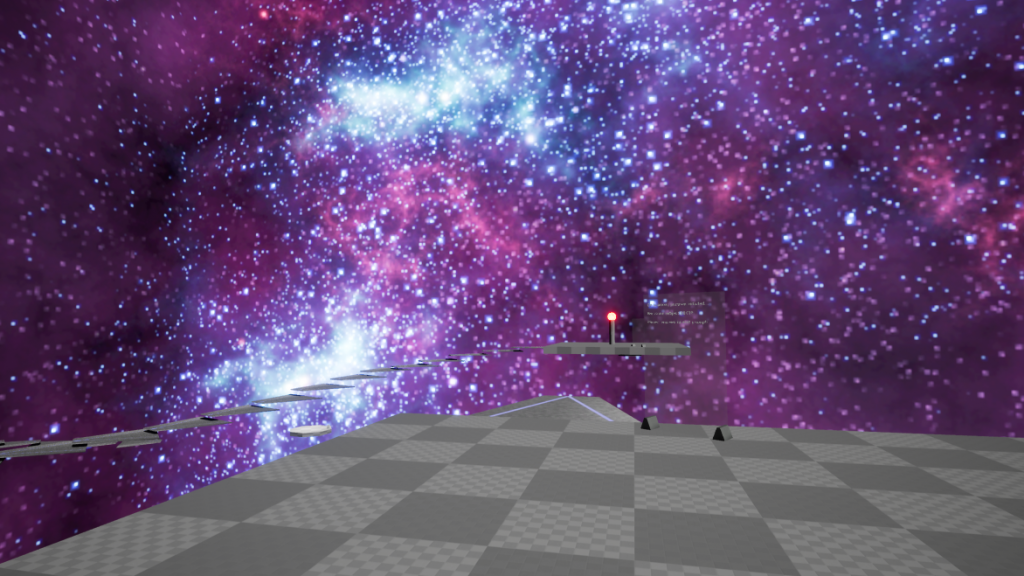 Unreal is a very powerful engine with some very useful tools in prototyping a scene. You can create shapes in the scene on the fly. Unfortunately (at least as far as I know) those custom shapes, known as brushes, are their own object type and I couldn’t find an easy way to convert them into components for reuse. I imagine it’s possible, the answer just wasn’t easily at hand. I created the octagon platforms and the orb with stand using brushes. END_OF_DOCUMENT_TOKEN_TO_BE_REPLACED

END_OF_DOCUMENT_TOKEN_TO_BE_REPLACED One problem I ran into early on was selecting the wrong physics engine for collision detection. This set me back a little, but helped me learn the differences between the P2 and Arcade systems. In Phaser.io, you can actually have more than one system active, so they’re not exclusive to each other. END_OF_DOCUMENT_TOKEN_TO_BE_REPLACED

END_OF_DOCUMENT_TOKEN_TO_BE_REPLACED

Reeeally late in posting this, but I’m determined to post about my game jam back in July where the theme was time manipulation. The dynamic was a little different, I had an “idea person” to help move the creative process along and blocks. I was paired up with Jacq, sound engineer and creative mind. After a few iterations of rehashing the fundamentals of our game, we finally came up with a platformer that fit  the theme. From this experience I had some takeaways to apply to my next jam.

Idea People are AWESOME
Having a person to handle the brainstorming while you’re coding has its benefits. It’s easier to cut and run when hitting a wall, as the other person has already been thinking into alternatives, opposed to wasting time on something that just isn’t working because you don’t have any better ideas.

Skillsets can become dusty
This was a frustrating lesson to learn. After not touching Flixel for a month and a half, working with basics like movement and sprite placement was more difficult than it should have been.

There’s an easier way to prototype
My toolset has been pretty low level. I use ActionScript, and while I utilize the Flixel framework with libraries, it still requires a lot of coding. At the end of the jam I surmized I would have developed my prototype faster with a prototyping framework such as Construct 2 or Stencyl.  Both allow the rapid prototyping of platformers, such as this one without coding.

For those interested, the source and demo can be found here:
Source
Demo